If you are reading this I am dead. Just kidding. A little sign of my sense of humour.

I am in my mid-40s and have had a good middle-class Canadian upbringing. Living in Toronto my entire life and love my “MegaCity”. I have been playing and running RPGs since I was about 13 years old. 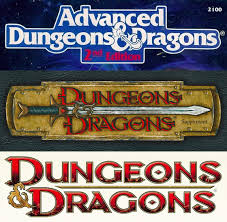 Dungeons and Dragons was the gateway game for me. I soon found myself playing Palladium Games (Rifts, TMNT, Robotech, After The Bomb, Heros Unlimited and the rest), White Wolf (Full of Vampires, Werewolves and magic), and GURPS. Along with a few other one-shot adventures in other games.

I loved to be a character, be it a rogue, fighter, cleric, superhero, super spy, apocalyptic survivor, mutant whatever. It was all good fun.

Then I started DMing and it was even better! I was everything except the characters. I found I have a knack for storytelling, a strength in improvisational thinking that allowed me to go with the flow of the party decisions. I started with premade modules but found them too restrictive for me and most of my players. We had all played computer RPGs and they were (out of necessity) on rails. Most of the people I played with wanted to have fun, doing crazy things, explorer, fight, build castles, and adventure. Sure, we did not save the entire world often but everyone had a good time while playing and came back for more.

I ran games and playing with friends from grade 7 to 12 to present. I want to share the fun of paper and pen role playing games with others. That is why I am hiring myself out as a DM to run games for people. Those that have never played but want to try, all the way up to DMs who want a break from running their games and just play a character. I will work with anyone who wants to have anything from a four-hour one-shot game to many year-long campaigns.